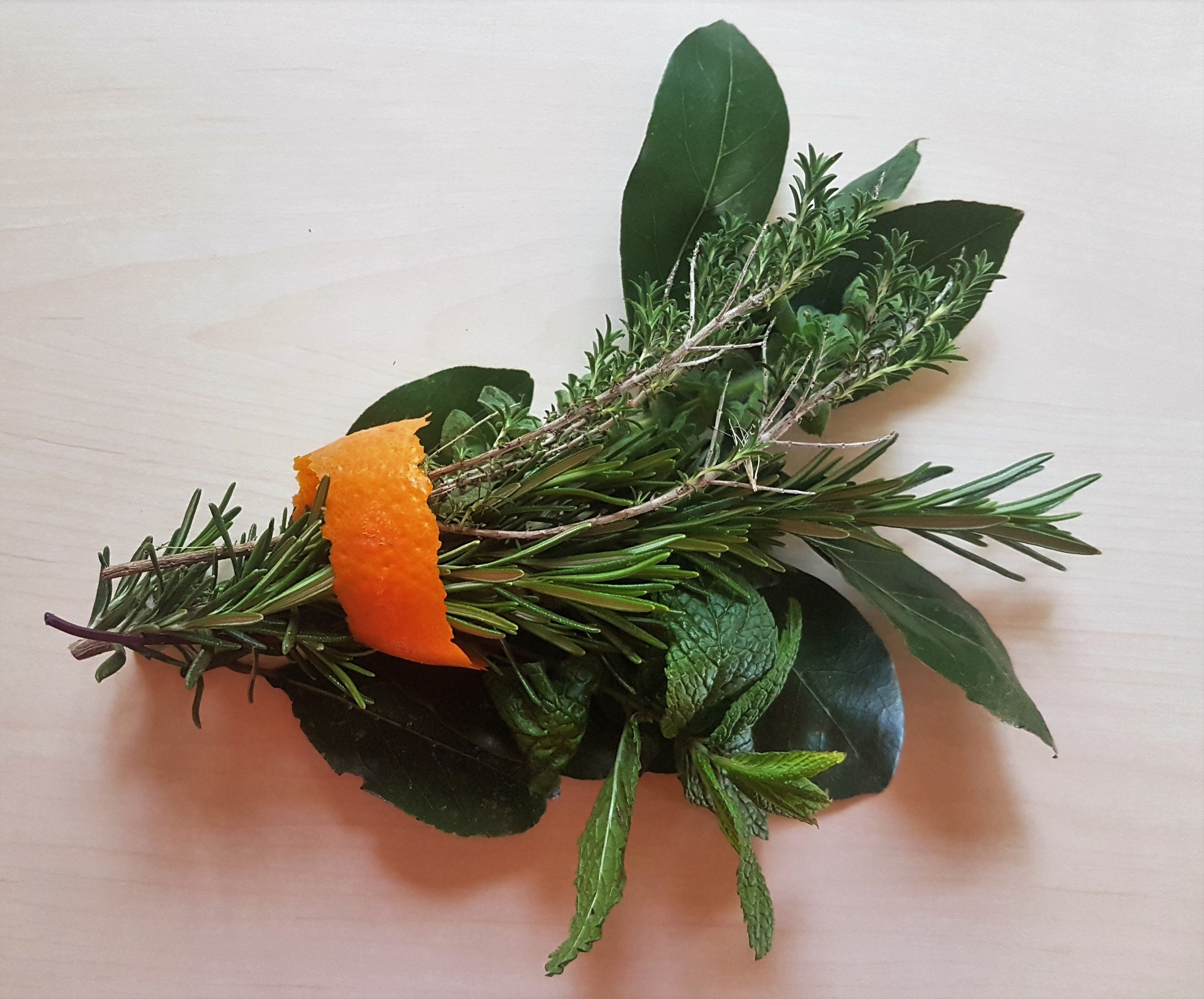 The bouquet garni is a bundle of herbs usually tied together. It is mainly used to prepare soup, stock, casseroles and various stews. The bouquet is cooked with the other ingredients but is removed before consumption.
There is no standard recipe for bouquet garni, but the basic ingredients include thyme, bay leaf and parsley. Depending on the recipe, the bouquet garni may also include basil, chervil, rosemary, peppercorns, savory and tarragon. Vegetables such as carrot, celery (leaves or leaf stalks), celeriac, leek, onion and parsley root are sometimes included in the bouquet. In Mani (Southern Peloponnese), it is not uncommon to add a slice or two of dried orange peel.

You can make bouquet garni with fresh or dried herbs. Its ingredients are filled into a small sachet, a piece of celery stalk, a net, or even a tea strainer, instead. Traditionally, If the herbs are fresh, the combination is secured with a bit of cooking twine. Τhe aromatics are bound within leek leaves, though a cheesecloth, or muslin. A coffee filter tied with twine is generally used to wrap dried herbs. Dishes made with a bouquet garni include: Coq au vin, Ossobuko, Rabbit stew, Bouillabaisse.

Experiment with other combinations of herbs and aromatics, such as tarragon, celery, leek, savory, and fennel fronds. Or try ginger, lemongrass, and dried orange or lemon peel.