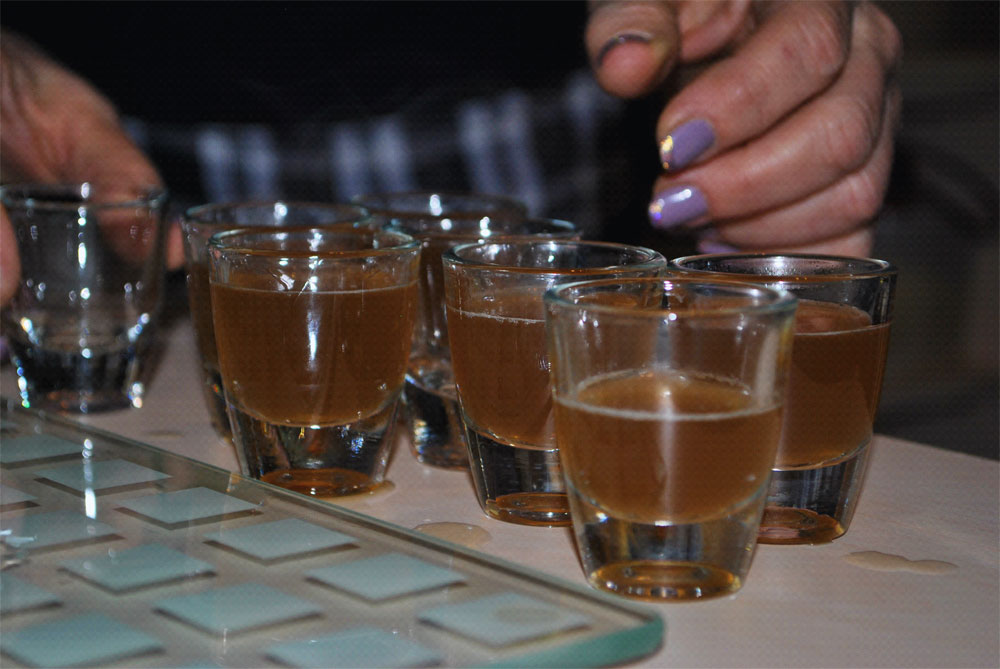 The growing demand from consumers in recent years has prompted many Greek beekeepers, and not only, to produce beverages based on beekeeping products.

It may seem strange that alcoholic beverages can be produced from honey, but these are products that have been known since antiquity!
Honey wine is considered to be the first spirit made by man.

It is also speculated that his discovery was accidental when, during honey hunting from wild bees, people found honeycombs that had received rainwater and in which the honey had been fermented to produce a delicious heady drink.In Greek mythology, this drink is referred to as hydromel (mead) and was considered a privilege of the gods with magical, divine qualities that gave longevity, strength and spiritual euphoria!

Nowadays, alcoholic beverages from / with honey can be distinguished in three major categories based on their manufacturing process.
Products from the alcoholic fermentation of honey solution, distillation products from an aqueous solution of honey and blends of spirits with honey.

In our workshop you’ll taste and learn how to make your own “rakomelo”. A traditional Greek recipe made by combining raki with honey and spices, chiefly consumed as a warm drink.